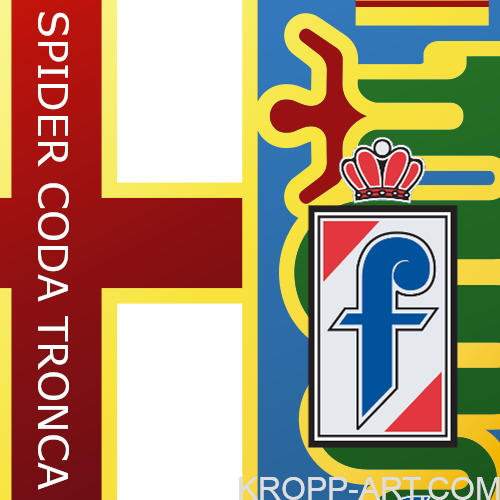 I like the book, but no this is not the story of “The Hobbit” or maybe? Hmm.. Yeah i do not know. The Story of the Trip has elements of it. Somehow…

It is 8.30 am and no clouds are visible. We are prepared for the trip. Some days ago I talked with my Neighbour and he is borrowing me his Trailer for 20Euro. 2 Axes – Robust model.

It is already around 9:00 am and we do start to drive. My Alfa 156 Sportwagon is easy driving with the empty trailer. It is like nothing. The handling is absolute the same like without Trailer. However, Speed is not possible. Good to have a Tempomat on my Car. Julia is sitting to my right side. and the Journey starts… 400 Kilometer one way with Slow speed.

We did 3 stops for a cigarette and we’re getting closer to “Auetal” in Lower Saxony. As closer we get as more Jokes we do about “Auetal”. The Country of the Hobbits – are the people smaller? Do they have bigger foots? We laughing the whole time. In English “Auetal” is not that easy to get the link to the Hobbit. In German Auenland which is “shire” in the books is close to “Auetal” or at least it sounds like this.

So last 50 kilometer, more cars are on the road, we are climbing more and more hills. The temperature of my car is increasing, it is also hot outside and i am starting to watch the temperature of my Sporty. it is now above 110 degrees Celsius and i decided to drive just 90 km/h now.

We arrived now at the owners home. He came out and he is taking the lead of our trek. just around 10 kilometer more we arrived at the garage… we detached the trailer and pulled it the last 50 meter. i took sporty and drove backward to the garage too. It is hot outside more than 30 degrees in the sun and it is burning. Iam wearing a white shirt like always. within 5 min I would be able to join a Wet-Shirt Contest. We pulled the Car out of the Garage and i took a first look, I seriously like Spidey. He is so cute and small and has some rusty parts.

Ok the doors, i have some concerns – the old owner purchased an extra door but there is also something with the available door. (You may check the next entry) however in general the car looks really good and i like it.

We pulled the Car on the trailer and putted all other parts into my Sporty. I made a scratch on Sporty – but nothing iam not able to fix. i gave him the second part of the money (2000Euro in Cash) and the 6 bottles of Wine. I also received the car documents. and now it is time to say “Congratulations – Iam the owner of a 1972 Alfa Romeo Spider 2000 Veloce”.

And now we have to drive 400 kilometer back home… Gosh.. 100 km/h maximum speed. The first two kilometers, i was arround 60-70 km/h driving to get a feeling of Spidy on a 500 kg trailer. Means Sporty has now an extra weight 1450 Kilogram. after those 2 kilometers i partially increased the speed. At the moment we drove on the German Autobahn i was able to drive 100km/h . For getting a feeling i was also trying 10 Kilometers per hour more and the handling gets imprecise. so i pulled the tempomat to 100 km/h and the journey starts. similar like on the first leg, the issue is much bigger, due to the weight and again driving up and up again the temperature of the engine is increasing to 130 degrees celsius. all five seconds i take a look on the temperature.. if it is going down, temperature is decreasing to roughly 95 degrees. no issue at all. driving up it is increasing to around 130 again. That isn’t fun. We did a pitstop and gave Sporty some time to rest and continued with our journey. Around 9pm we are close to the Garage, just the last 30 kilometer. climbing the last hill and Sporty went off. my fault – manual gear and i gave not enough speed. I had the feeling something is wrong with sporty and i do hope there is no bigger issue. We finally arrived and put everything into the garage. I started the engine and something was wrong. I was thinking “oh oh, F&%$ what is that?” but year i pulled the brake on the trailer. 🙂 Removing it and it is like i have no problems. Driving back home without Spidey was so relaxing…

Any cookies that may not be particularly necessary for the website to function and is used specifically to collect user personal data via analytics, ads, other embedded contents are termed as non-necessary cookies. It is mandatory to procure user consent prior to running these cookies on your website.